Are you a conflicted sushi lover who is desperately trying to reduce their seafood consumption? Or are you just allergic to or unable to consume seafood? Whatever your dilemma, worry no more! Toronto has plenty of vegan, vegetarian and vegan-friendly restaurants that are making waves with their tasty plant based sushi, so you can enjoy your maki with satisfied cravings and a clear conscience.

Known for their innovative take on vegan cuisine, Planta stays true to their upscale M.O with their take on vegan sushi. They feature Ahi watermelon nigiri, mushroom bacon inari, and a California roll with jicama, macadamia nut and jalapeño.

This popular King Street West spot is a Montreal based vegan restaurant. They serve not only vegan sushi but vegan poke (pok’ai) to satisfy your seafood cravings. Some of their creations include a spicy Kamikaze Tunato roll featuring marinated tomato, avocado and tempura and their Royal roll with marinated shitake mushrooms, beets and green apple.

This restaurant on the Danforth has quinoa sushi on their menu which includes organic quinoa, carrots, portobello mushrooms, cucumber and avocado wrapped in sushi nori.

Monkey Sushi’s several locations in Toronto have a separate vegetarian maki section with vegan options. Some items off their menu include steamed yam and avocado maki and vegetarian spring roll maki.

With multiple locations, Kibo Sushi has plenty of vegetarian and vegan in almost every section of their large menu. They feature rolls like vegetarian green dragon maki with yam, avocado and more fresh avocado on top. 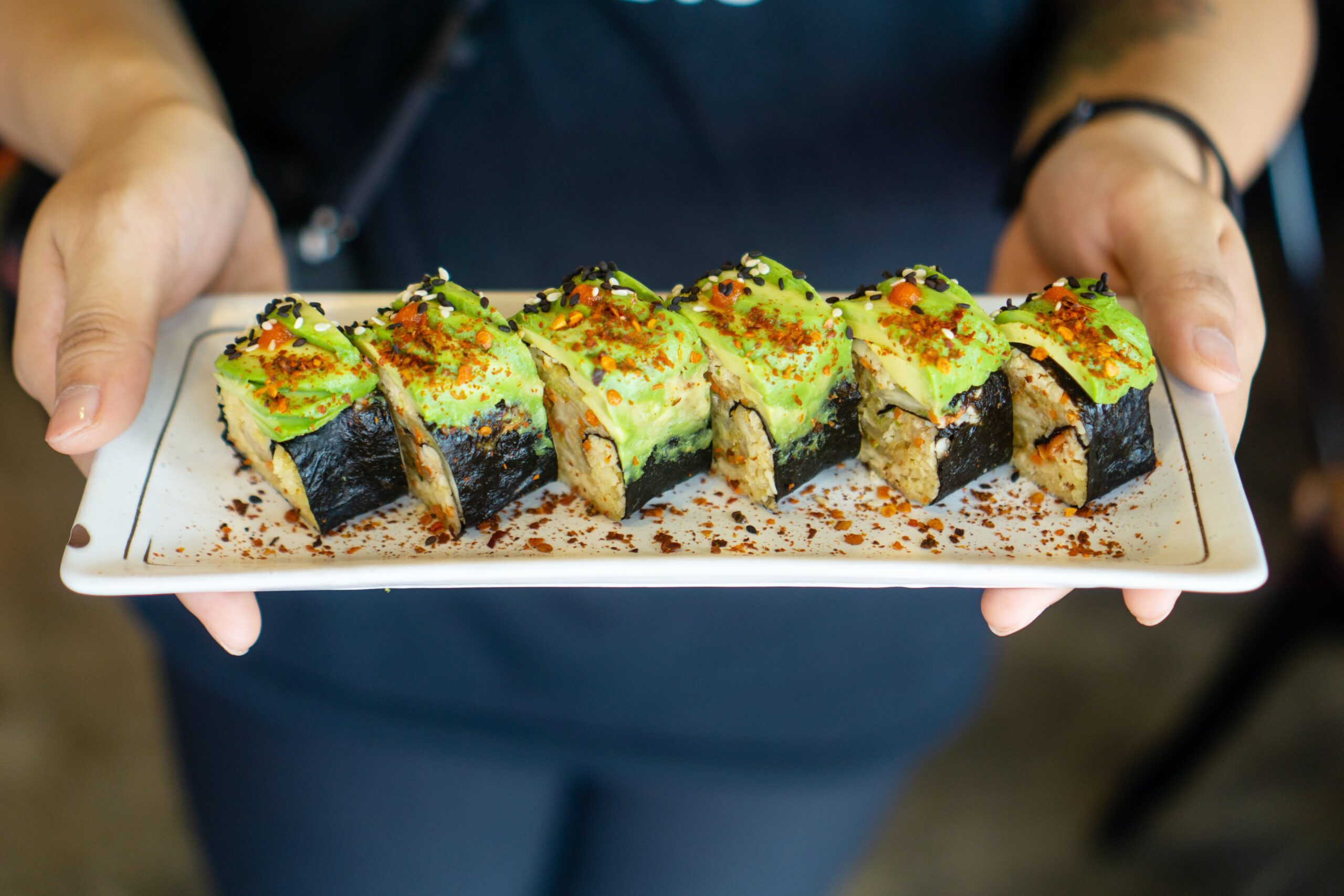 Dine sustainably! Where to get Vegan Sushi in Toronto